Between the ages of 8 and 16, I read at least one book a week. This is was partly due to Harry Potter (which I STILL can’t believe came out twenty years ago), but I have fond memories of an elementary school librarian trying to tell me I couldn’t check out the unabridged Doctor Dolittle because it was “above my reading level” as a third grader. When I entered undergrad as an english major, I wanted to be the kind of person who read at least one book a week beyond those assigned as course reading, I wanted to be the kind of english major who cared about nothing but books, who always had at least one book on their person, who recommended novels in casual conversation.

I was not that english major.

I found it very hard to read books as a college student, and not just because I was busy reading books for class – though that was absolutely part of it. Being an english major kind of…made me hate reading? This is clearly a sign that maybe I shouldn’t have been one in the first place, but also maybe we shouldn’t pressure 17 year olds to pick their very expensive career paths right out of high school, so. Shrug! Don’t get me wrong, I love analysis, I love discussing books. I have a close circle of friends (most of whom were english majors themselves) with whom I do book talk, but in general the undergraduate english major is a species of assumed-human that I would not allow on my life raft under the direst of circumstances.

Most of my “pleasure reading” was done on school breaks and during the summer, but I was still not up to my grade-school reading consumption level. I took two years off between undergrad and graduate school, and read more than I had in the last four years. Then, grad school happened and if you think undergrad english majors are bad, wait until everyone is past the “underage drinking everything-can-be-a-jello-shot-if-you-believe” stage and into the “let’s go to an overpriced wine bar and drop ‘hermeneutics’ into casual conversation” stage.

As I mentioned in the last Read This!, I graduated a month ago and I’ve been reading about a book a week again, and it feels really great and engaging and exciting. I’m going to bookstores again because I finally feel like I’m capable of buying a book and reading it, instead of watching it sadly collect dust on my “to read” shelf.

Here are the 5 best books I’ve read in the past month (these are affiliate links, if you purchase one of these books, I will get a small profit):

All The Lives I Want: Essays About My Best Friends Who Happen to Be Famous Strangers, Alana Massey 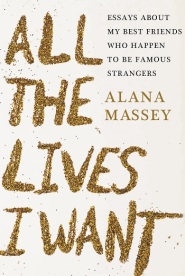 “Those who dare to document their lived experience as worthwhile are brave new girls indeed. As brightly as these girls shine, there remain wet blankets around every corner attempting extinguish the flame in their hearts. They are dismissed as excessively feminine and juvenile, two words that mean the same thing in the hearts and minds of critics who would sooner praise a six-volume gaze at a Norwegian man’s navel than consider the possibility that there are treasures in the hearts of girls.”

When I reviewed this book on GoodReads, I wrote about how thrilled I am that there seems to be a thriving market for women writing insightful and sharp pop culture criticism. Many of these books and articles aim to reclaim the wrecked or ridiculed female celebrity – including another book on this list, Trainwreck.

The uniqueness of Massey’s essay collection is hinted at right in its subtitle: essays about my best friends who happen to be famous strangers. In many ways, I think this is what sets her apart from the other, more analytical, books in this niche; her essays about Courtney Love, Amber Rose, Sylvia Plath, and Mary Kate and Ashley (all among my personal favorites in the collection) really do read like little stories you might tell about your closest female friends. This is partly due to the personal essay aspect, but also because Massey is so fiercely loyal and defensive of these women, as only our best friends tend to be.

Trainwreck: The Women We Love to Hate, Mock, and Fear . . . and Why, Sady Doyle 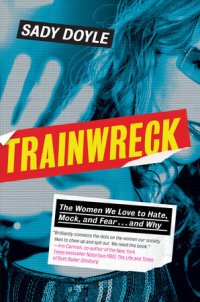 Again, Trainwreck is much in the vein of All The Lives I Want, with a few differences. Structurally, Trainwreck is more of a thesis than a collection of essays. It has a simple argument: that the figure of “the trainwreck” is a specific type of female celebrity that we have always loved to gawk at. More than that, we create the trainwreck, we feed the trainwreck, and then we watch her crash. One of my favorite things about this book is that Doyle doesn’t just stop with the wreck itself, but she takes a long look at the aftermath. She calls us all out – and herself – on how we collectively “forgive” the trainwreck, as if we didn’t set her on course in the first place.

Many of the points in this book are not new – though I am always glad to read a defense/call for empathy for Britney Spears – but I really liked how Doyle set up the argument that there have always been trainwrecks in our celebrity culture, and they’ve always been women; she starts with Mary Wollstonecraft. 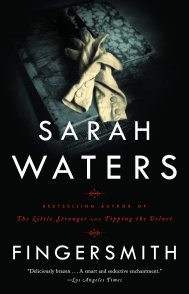 “But, here was a curious thing. The more I tried to give up thinking of her, the more I said to myself, ‘She’s nothing to you’, the harder I tried to pluck the idea of her out of my heart, the more she stayed there.”

I am not a person who reads historical fiction, especially Victorian historical fiction. But this novel was recommended to me by so many people for so long, that I finally gave in. I’m incredibly glad I did, because I could not put this book down; when I realized I had only 50 or so pages left, I actually took a break from it because I didn’t want it to end, you know those books?

Fingersmith is a lesbian historical novel set in Victorian England and follows Sue, a thief from London, as she gets involved in an intricate plot to cheat a strange, solitary country girl out of her fortune. This book has so many twists, but they’re not gratuitous. At no point did I have any idea how this would end for these characters, but I will say (the smallest spoiler): the lesbians don’t die.

Don’t Let Me Be Lonely: An American Lyric, Claudia Rankine 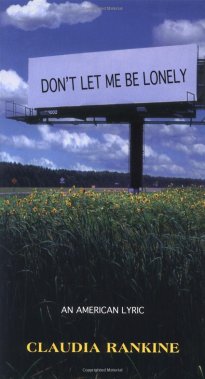 “In my dream I apologize to everyone I meet. Instead of introducing myself, I apologize for not knowing why I am alive. I am sorry. I am sorry. I apologize. In real life, oddly enough, when I am fully awake and out and about, if I catch someone’s eye, I quickly look away. Perhaps this too is a form of apology.”

I first encountered Claudia Rankine in a class I took in grad school where we read and tried to define the amorphous genre of “creative nonfiction”. We read a couple of selections from Don’t Let Me Be Lonely and it was among my absolute favorite things I read that semester, so when I came across the full text in a Brooklyn poetry bookshop, I had to buy it. I laughed a little when I saw it on the shelf, because never in a million years would I think of this book as poetry, but I suppose it is. The subtitle is, after all, “An American Lyric”.

It’s a hard text to describe, really. It is a collage of verse, prose, and images, and was absolutely ahead of its time. Written in 2004, it’s also quickly become my favorite piece of post-9/11 reactive art. It doesn’t focus on 9/11 exclusively, but as with most pieces of art created in the early 2000s, it certainly can’t escape its shadow. In a recent review, I wrote, “If you want to read a strange, small book about death, make it this one”, but it’s just as much a book about hope, and pain, the american dream and the stubborn decision to just keep going. 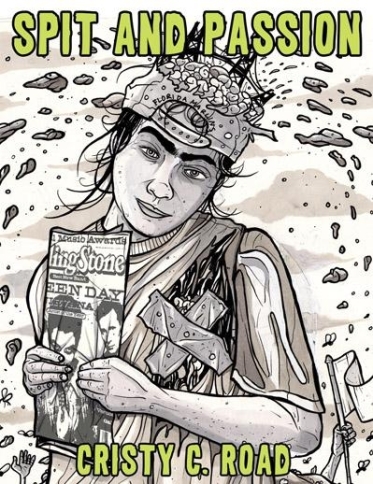 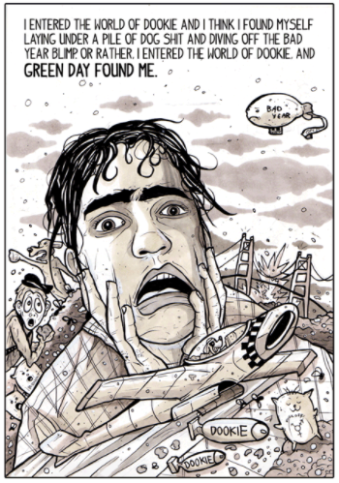 Back in May, I had the privilege in participating in Green Day Week for One Week/One Band, along with Jacqui Deighton, whose work you might have read on Shakespeare and Punk. I wrote primarily about Nimrod, my ride-or-die Green Day album, and contributed to a roundtable at the end of the week.

Jacqui wrote about Cristy C. Road’s graphic memoir Spit And Passion for OWOB, and I realized that though Green Day were my favorite band growing up and I had definitely seen the cover of this book before, I had never actually read it. So, as soon as OWOB ended, I picked up a copy and read it in one sitting. The memoir details the adolescence of Cristy Road, as she tried to reconcile her Cuban Catholic upbringing with her newly-realized queer identity. As with many of us, music becomes that reconciliation that helps her navigate the always-fraught adolescent stage. The members of Green Day become her saints, delivering her – even for just a few minutes – from the confusion and frustration that comes with realizing that although you love your home and your family, your experience doesn’t exactly fit with those who surround you.